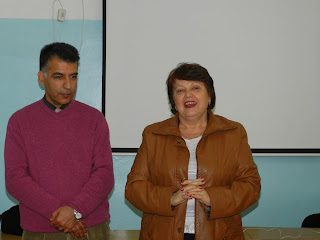 Eid al-Adha is one of the greatest celebrations for all the Muslims around the world. In Arabic Eid Al-Adha means the Feast of Sacrifice, though it is also called “Eïd el Kébir” in North Africa, “Tabaski” in West Africa, “Tafaska” for the  Berber and “Kurban Bayrami” in Turkey and some post-Soviet countries.

Muslims around the world gathered at mosques to mark the beginning of the three-day Muslim holiday of Eid al-Adha, which this year began on Tuesday 15th of October.
The holiday commemorates Prophet Ibrahim’s willingness to obey God’s command to sacrifice his son. According to Muslim’s beliefs at the very moment when the Prophet Ibrahim raised the knife, God told him to stop, that he had passed the test, and to replace his son with a sacrificial ram.
Muslims worldwide traditionally slaughter sheep or cattle in commemoration. The meat is distributed among the family and neighbors as well as the poor and needy. 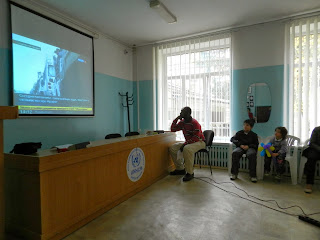 Eid al-Adha is an important moment of conviviality and joy. Following the annual tradition and considering that main part of the persons of concern are Muslims, the Charity Centre for Refugees (CCR) decided to organize this event in order to gather people for the last day of this holiday. Both Muslims and non-Muslims were invited and more than 70 persons joined the event. All the guests were greeted by the CCR director, Mr. Djavid Paknehad, the Deputy Head of the Bureau for Migration and Asylum and the Head of the Asylum and Integration Directorate, Mrs. Ecaterina Silvestru, the UNHCR Programme Associate, Mrs. Svetlana Jioara, the Project Coordinator of Ave Copiii NGO and a representative of the Law Centre of Advocates. They all wished their beneficiaries Eid Mubarak and many blessings for them and their families. 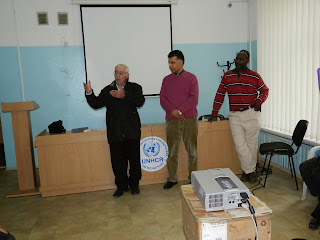 Subsequently, after the presentation of a short video about the festivities of Eid al-Adha in the world, the CCR team organized a quiz where all the guests were invited to participate. Just as at the Eid Al-Fitr celebration, the informative quiz was the high point of the event, enjoyed both by the local and refugee children and adults. All the right answers were awarded by chocolate bars which stirred up even more the competitive spirit.

Finally, guests were invited to appreciate a convivial moment while enjoying delicious meal. 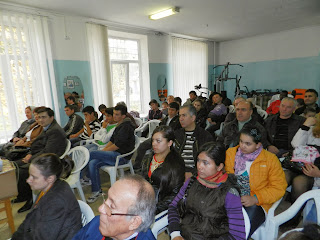 As UNHCR and its partners’ mission is to integrate refugees in the Moldovan society, we are pleased to offer them a space where they can feel accepted and encouraged to preserve their own traditions, while informing them also about the traditions of their hosting country. Furthermore, Muslims were wished positives blessings by some others refugees, both Muslims and non-Muslims. This kind of events implies also a valuable opportunity to gather people around common values as sharing, mutual respect and understanding.